The Israeli army has intensified its near-daily attacks on Gaza since August 6, along with tightening the blockade.

Israeli warplanes carried out more air raids on Hamas positions in the Gaza Strip early on Monday, according to the Israeli army.

The Israeli army has carried out attacks on Gaza almost daily since August 6, along with tightening a blockade under which it has banned the entry of fuel for Gaza’s sole power plant, plunging the Palestinian territory into darkness.

Monday’s attacks targeted a Hamas tunnel and some military points, the Israeli army said in a statement, and were carried out in retaliation for the launching of incendiary balloons from Gaza that Israel blames on Hamas, the group that rules the Gaza Strip.

No casualties have been reported so far.

According to Palestinian news agency WAFA, Israeli warplanes targeted an area east of the town of al-Qarara, in the southern city of Khan Younis, with at least three missiles, leaving behind a deep crater.

Moreover, Israeli artillery struck a site east of Rafah in the southern Gaza Strip, which led to its destruction and catching fire.

An Egyptian delegation has been trying to broker a return to an informal truce.

The Gaza Strip has a population of two million people, more than half of whom live in poverty, according to the World Bank. The Palestinian territory has been under a devastating Israeli blockade since 2007.

Israel and Hamas have fought three wars since 2008.

The latest Israeli attacks came just before US Secretary of State Mike Pompeo touched down in Tel Aviv, the first stop in a five-day trip to the Middle East.

His visit will focus on the United Arab Emirates’s normalisation of diplomatic ties with Israel, seen as a betrayal by many Palestinians, and urging other Arab states to follow suit. 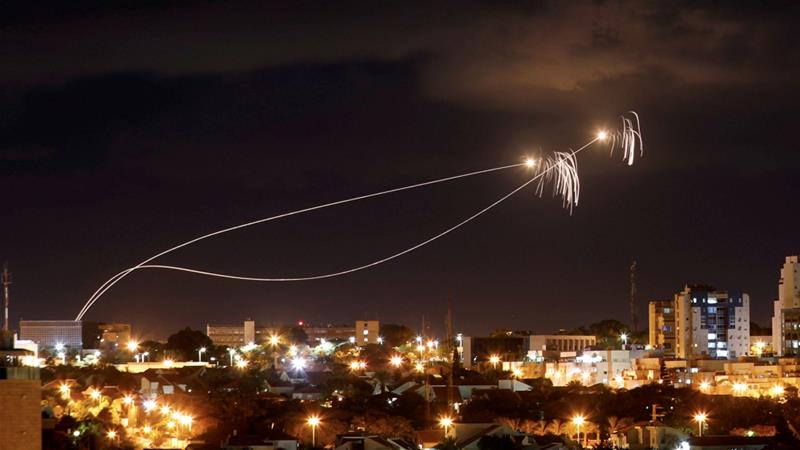 Is another war in Gaza imminent?