HomeNewsHumanitarian NewsHaiti: 200,000 more children pushed into hunger since March, as nearly half the population goes hungry

Haiti: 200,000 more children pushed into hunger since March, as nearly half the population goes hungry 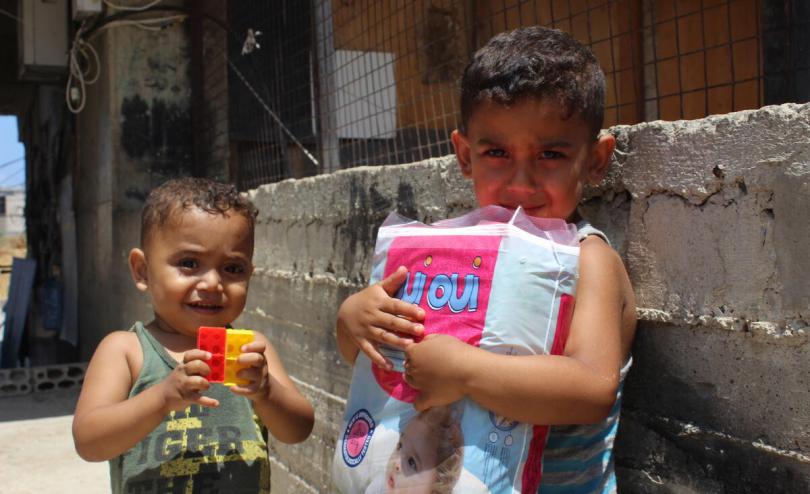 About 200,000 more children in Haiti have been pushed into crisis-levels of hunger this year, with almost half the country’s population not knowing where their next meal will come from, Save the Children said.

The number of people experiencing crisis-levels of hunger or worse in Haiti has skyrocketed to 4.7 million — including 2.4 million children — up from 4.3 million earlier this year, as political unrest and a dire economic crisis drive up food and fuel prices in the Caribbean nation.

For the first time ever, more than 19,000 people, including about 9,600 children, are facing catastrophic levels of hunger.

Haiti is also battling its worst cholera outbreak since 2010, with more than 6,800 suspected and confirmed cases reported since 2 October. Children are most at risk from the deadly disease, with those 19 and under making up more than 41% of confirmed cases, according to the Haitian Ministry of Health.

Children who are already facing severe acute malnutrition are especially vulnerable to the spread of cholera and are at least three times more likely to die if they contract the deadly disease.

Without urgent action, Save the Children is warning that thousands of lives could be lost to starvation and cholera, especially children from the poorest and most vulnerable households.

Chantal-Sylvie Imbeault, Save the Children’s Country Director in Haiti said:

“The situation in Haiti is rapidly deteriorating. Millions of children are going to bed hungry every night, and for the first time ever, we’re seeing children face famine-like conditions.

“Many families are being pushed to the brink and using credit to purchase everyday food items due to a dire combination of economic collapse, political turmoil, and gang violence that is blockading fuel and life-saving food. The country is now on the verge of collapse, and we fear the worst for millions of children.

*”Save the Children teams are already seeing the *devastating toll the hunger crisis and deadly cholera outbreak are having on children in Haiti. We urge the international community to continue providing support to fully address the country’s humanitarian needs and ensure the children can fight cholera and hunger.”

Save the Children has worked in Haiti since 1978. The child rights organisationis responding to the cholera outbreak in vulnerable communities in Haiti by distributing hygiene kits, establishing handwashing stations, setting up community surveillance systems and sharing information on cholera prevention and early detection. Save the Children is also supporting children and families impacted by the hunger crisis by ensuring access to health and nutrition services, child protection and gender-based violence, and providing cash transfers for the most vulnerable.